One of the primary rules of flight instruction is “Does the student understand the task to be performed?” I was the student. September of 1974, flying a Bell 47 G-2. I had a grand total of 4.6 hours and my progress was good according to my instructor who had a grand total of less than 350 hours in helicopters and a very new flight instructor rating. 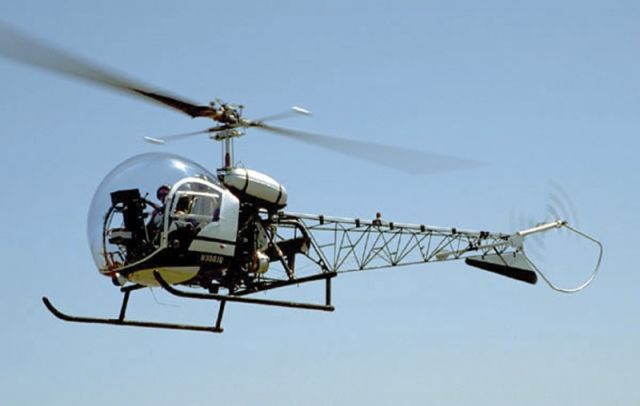 We had flown for about 25 minutes and I had been introduced to hovering autorotations and later touch down autorotations from about 500′ AGL. My instructor had allowed me to perform the last two autorotations to the ramp area in front of the airport coffee shop. With small inputs and advice I had managed to place the helicopter skid side down on the ramp “without any drama.” His words. My instructor sat for a moment cast a look my way and then told me why we had been doing practice autorotations.

“Just in case the engine quits” he said, “I want you to be able to get this helicopter on the ground without killing yourself.”

“Now look” he added, “I am going to go grab a coffee. You go around a couple of times, I’ll jump back in and we will head out and do some pinnacle landings.” Steve slid himself out the door, leaned back in and shouted over the engine noise, “and don’t friggin kill yourself.”

Good advice always, I thought. About the same point as the previous two flights, I lined myself up at 60 mph and sort of 500′ and rolled the throttle to idle as I lowered the collective. From a few years of skydiving experience I could quickly see that my current glide slope was going to carry me longer and a little farther along the ramp past the coffee shop. Oh well. I landed ok . Here goes number two. I climbed out, determined to correct my previous error by putting the aircraft on a steeper glide slope. My parachuting experience had taught me that when you need to get on a steeper glide slope you drop the nose. It was working on this next autorotation but as I had suspected the airspeed had climbed as well. I was at a good approach angle to touchdown near my instructor who was jogging back to the spot I had departed from originally.

When I began my flare I could see that the increased airspeed was going to be a problem. I leveled the aircraft and pulled some collective to cushion the landing. My touch down speed was such that I skidded a few feet past the instructor, but amazingly he was in the door and seated almost before I had completely stopped.

I won’t relate even part of what Steve said to me when he caught his breath. The most encouraging thing he had to say was that while I ‘apparently lacked the basic sense to understand simple instructions’, I was indeed brilliant enough to be a helicopter pilot. My solo was never logged as such. A couple of flight hours later I did an “official” solo. My fellow students congratulated me for soloing so early and I bought the beer that evening.

Does the student understand the task to be performed? Well my instructors last instruction had been to not kill myself.

So far so good.

Has it really been forty-five years flying helicopters all over the world? I guess its time to share some stories, I hope you enjoy my adventures.
View all posts by Heligypsy →
This entry was posted in Flying Stories. Bookmark the permalink.