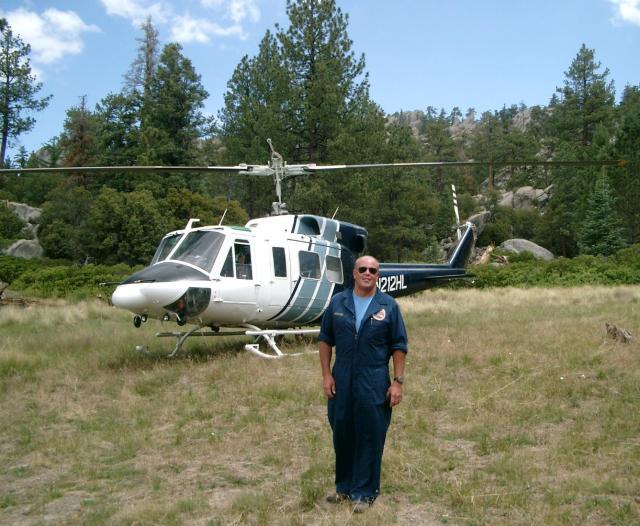 Military trained helicopter pilots spend most of their careers flying with another military trained pilot sitting beside them. In the commercial civilian world where two pilots are not required by law, a second pilot is seldom used. Most commercial operators would never attempt to sell customers on the idea that a second trained person in the cockpit improves safety. That argument would have to extend through most of their fleet and if that operators competitor is using a single pilot to operate the same aircraft, the difference in cost to the customer would be a tough sell.

I have flown two pilot operations in VFR helicopters requiring only one pilot. Some customers prefer two pilots up front in VFR conditions but usually only when hauling the companies VIP’s. The rest of the company personnel doesn’t rate the extra expense perhaps or simply someone back in risk assessment at the customers HQ is doing what they think best? CYA.

As far as I am aware, the United States is the only country that allows single pilot IFR while carrying passengers. The United States aviation regulators prefer to notch up the safety aspects of flight in proportion to the type of passengers carried. In other words if you work for a company that has its own helicopters then you could be flown in a helicopter that does not meet the criteria for public passenger carriage. Your own company can cut some corners, in other words. If you are a civil service employee in a state or county owned helicopter there is no telling what you may be flying in.

I am not blowing any whistles here and I won’t bore you more than I already have with the various Federal Aviation Regulations.

The bottom line is that for commercial  helicopter operators in the United States to operate a passenger carrying service where passengers are flown for charter flights from point A to B the rules governing those flights are the most stringent and the aircraft used must meet a high standard.

I’ll give some examples to illustrate. The same flights will be flown with four different aircraft with the same passengers on the same mission.

The  Governor and his entourage  arrive in New Orleans to view the damage caused by Hurricane Katrina. They are briefed by the crew chief of the military UH-60 and will be flown over New Orleans. The crew is made up of two pilots and a crew chief. The senior pilot has a total of 739 hours in helicopters of which 325 are in the BlackHawk UH-60 and his copilot has 340 hours in helicopters of which 117 are in the UH-60. There is a problem on start up and the flight is scrubbed.

Fortunately there is a commercial version of the UH-60 sitting on the ramp. It is operated by Big Guy Helicopters and the Governor and his group climb into this BlackHawk known as a Sikorsky S-70. Unfortunately this BlackHawk is not certificated for passenger carriage. Well neither was the military version, so what?

The operator is a commercial passenger carrying operation but his BlackHawk which is operated as restricted category helicopter, cannot carry passengers. Simple solution. The government agency that has contracted the S-70 has a waiver that allows them to carry personnel at their discretion. So, no, Big Guy does not meet the criteria to carry passengers as set out by the FAA, but the U.S.D.I. says its ok to fly the Governor. The Governor doesn’t like the looks of the Big Guy pilots so he asks if one of the military pilots could fly with the Big Guy Captain as a copilot.

No, the military pilot does not have a commercial helicopter pilots license, is not a Big Guy employee and additionally does not have enough helicopter time and experience to be flying on a U.S.D.I. government contract as a pilot in command. He was a Captain in the UH-60 and yet he does not meet the minimum standard of experience to fly for the government carrying the same folks?

The Governor says he wants a different helicopter then. OK, he is the Governor. The State owned and operated Bell Huey shows up. It is the same Huey the Governor has flown in previously and he feels much better. The Huey is an old restricted category Bell Uh-1H that has been modified with components from other Bell products and as such is not a helicopter that the manufacturer Bell, has ever built. In the eyes of the FAA this is not a helicopter that could ever be certificated for commercial passenger carriage. The State operates this helicopter as a public service helicopter. The pilot, ( there is only one) is not regulated or checked by the FAA as far as his credentials and experience are concerned. The helicopter, since it is not a helicopter in the eyes of the manufacturer and the FAA, has no specific requirements for maintenance, tracking of parts or almost any over sight by the FAA as far as how it is maintained. The pilot, if  he is in fact a licensed commercial helicopter pilot, will have to fly in accordance to FAA rules regarding airspace and other flight criteria. That is about all that the FAA requires of him. 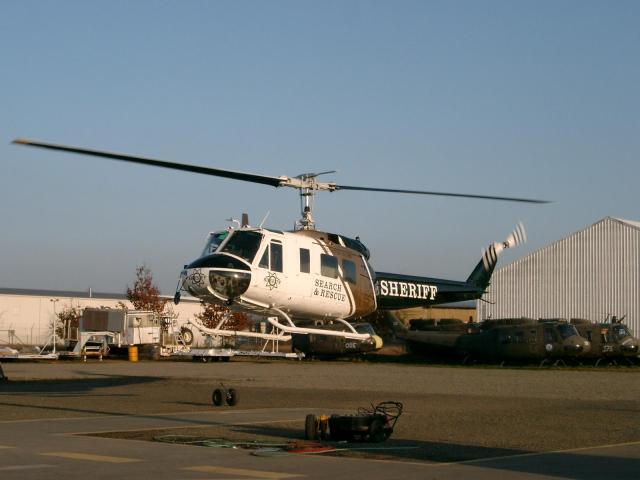 The Governor and his group head off in the Huey, which had it been a Huey operated by a commercial operator, would not likely have been allowed to even fly over a built up area like New Orleans. That same commercially operated Huey would never be allowed to carry passengers, unless they were employees of that same company but certainly never flown as a passenger helicopter carrying people from one airport to another and especially over a city!

The State owned Huey lands back at the international airport and the Governor decides he wants to take the Mayor for a flight as well. The State owned Huey needs some fuel but on the ramp sits an S-61 owned by a commercial operator under contract to the same U.S.D.I. (the United States Department of Interior). It is a nice looking helicopter and the Governor likes the look of it and so he gets it for his next flight. This Sikorsky is operated as a passenger carrying helicopter recognized by the manufacturer to meet the standard of the type. Everything about this helicopter is as Sikorsky says it should be. It is maintained in accordance to Sikorsky’s strict standards of maintenance, the parts are all tracked and accounted for as they should be, and the FAA oversight on the maintenance of this aircraft is tight. It is a passenger aircraft for hire. It is very important that this aircraft be operated correctly to ensure the safety of its passengers. The pilots are inspected by the FAA or their designate and must meet a higher standard of knowledge and performance. This aircraft and its crew are held to a standard that the other operators of the helicopters previously mentioned may in fact meet or exceed but who is to know. Certainly the passengers don’t have a clue. Who is then looking out for the safety and best interests of those passengers?

The commercially operated S-61 and its crew have briefed their passengers and are about to start engines.but the crew chief standing outside notices that a strobe light that should be flashing on the tail is not flashing. The pilots check the light switches and for some reason the strobe still won’t work. After checking the aircraft minimum equipment list it is found that strobe light is not on the list for items that can be not working and the aircraft still operated. That condition will hopefully be amended, but for now the S-61 is grounded for its non working  light.

The Governor is not happy but fortunately his Huey is now fueled and ready to go. Its strobe light is working but it has a non working auxiliary fuel gauge and as busy as they have been lately is about 25 hours past when a maintenance inspection would normally be done. The helicopter flew in safely so it can probably fly out safely as well, right?

The Governor mumbles something about these private companies needing to get their shit together as he climbs into his almost, sort of a Huey but not and takes off over the city.

6 Responses to The Rules