When you fly your own family members around you take special care to make sure that they have a positive experience. I don’t really know how many times I have flown my children in a helicopter. My oldest boy Adam, who most people know as Jonathan, is a Chef living with his family In Tokyo. Adam flew with me on many occasions and was always interested and relaxed when we flew together.
Adam’s younger brother Ben was not so relaxed. When my other children were asking for steeper turns or more radical maneuvers Ben’s voice could be heard above the others shouting

I knew Ben would never be a pilot and that is fine. I am a believer in doing what you have a passion for and the rest will follow. Ben’s little brother Colin always enjoyed flying with me and if anything ever happened on a flight that bothered him he never mentioned it to anybody. Colin was always the first one to climb a cliff when were out in the mountains and he seemed to be comfortable with heights, to the extent that we often had to have Colin in the back when we hiked on mountain trails.

Laura is the youngest and having three older brothers who played sports and enjoyed the outdoors was just the family she grew up in. Laura turned out to be the biggest jock in the family, actually. She played all the sports the boys did, including hockey, and then went on to become one of the top ranked women water polo players in the nation. 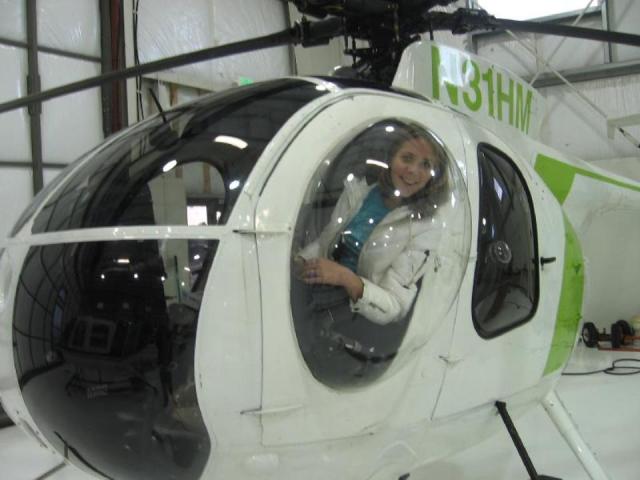 The water polo fell by the wayside and Laura has, as many younger people do, been seeking a life that makes sense for her. She has the same spirit she has always had and I guess it only took me by surprise for a second when she told me that she was interested in becoming a helicopter pilot.
Why not I thought? Sure its a male dominated occupation, but I know quite a few capable female helicopter pilots. The fact that their gender has made them have to work that bit harder to establish themselves is not really in dispute. Female pilots that earned their positions through hard work and demonstrated ability have almost unanimously earned the respect of their peers. If Laura investigates the career a bit more with my help and decides that flying helicopters is the job for her then I have no doubt she will do what it takes to be successful.
We will get started with some preliminary investigations and see where that takes us. If any of my blog followers have any input it would be appreciated. My views tend to be a bit biased when it comes to flying helicopters and wishing my children all the best in what ever career they have or will pursue.

Has it really been forty-seven years flying helicopters all over the world? I guess it's time to share some stories, I hope you enjoy my adventures.
View all posts by Heligypsy →
This entry was posted in Flying Stories, Friends and Family, Helicopter Pilot, U.S. Travel and tagged Contract helicopter pilot, Helicopter flight training, Helicopter Pilot, I'm just saying. Bookmark the permalink.

7 Responses to Could be good