I was up 12 feet in the air in the dark when I heard the news. Climbing down the gear leg of the SkyCrane with my flash light I walked over to our interpreter/ pilot Kostas and asked him for a little more information.

Yes, he said, it is a critical rescue mission that will begin tomorrow at first light . I always enjoy Kostas’s sense of humor and get his jokes right away so I waited to hear just how a critical rescue could wait 24 hours. The goats of Anti Milos Island are out of water and we will be flying fresh water to their water hole he said.

So it takes a day to plan this mission ? No, but the press need to be notified so that they can send a film crew. The Mayor of Siros has organized this and SKED ( our controlling agency) needs to approve the plan

So at least we have a plan, I said. Maybe,said Kostas.
During that day our “plan” was fine tuned.We would launch at first light.I never hear the phrase “first light” without thinking about my friend Wade Green ,a helicopter pilot for 40 years and countless early morning missions.When I retire, I never want t hear anybody tell me to be going anywhere at first light. How many times Wade continued, have you preflighted in the dark launched at first light and got to where you needed to be only to sit on your butt for the next couple of hours . Too many times I thought and this would be ,plus one.

Since the mission would be based from the Island of Mikonos a mechanic would be on the flight crew, making it four for breakfast at the airport cafe on Mikonos.Dreaming. The mechanic, in this case our crew chief Mark would finish his night maintenance get a short nap in the early hours and jump aboard.The only time mechanics get any real sleep is when one of us hero pilots is telling another fascinating tale of brilliant airmanship. 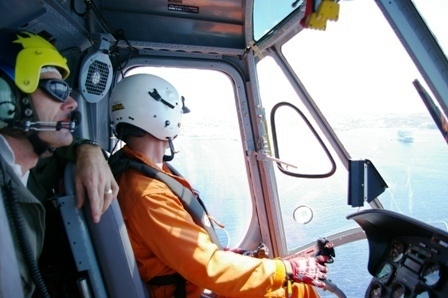 The flights off on time with the back light of another sunrise casting an angelic glow over my fellow goat rescuers. We pick up water at Marathonas Lake and head offshore south of Athens , Frank Sinatra is singing “somewhere beyond the sea” on the ipod and life is good.

Its going to be a costly mission. Marathon Lake to the goat water hole shows about a 100 miles on the G.P.S. another 65 miles further to Mikonos Island for fuel and hopefully a suitable water source. About a 6 to 8 hour mission to get 5 to 7 thousand gallons of water to some goats.Well, who am I to place a price on saving Billy and the rest.

The water drops go well and breakfast never happens. Big surprise! Our fourth load is to be our last according to SKED. We speculate that perhaps since the media has failed to show and document the current governments sincere concern for the suffering goats ,that will be enough water. I compute the cost on the ferry trip back to our airport. Forty two thousand plus fuel for 5000 gallons of water, runs about 11 bucks a gallon.

Sip that water Billy and say a goats prayer for rain . 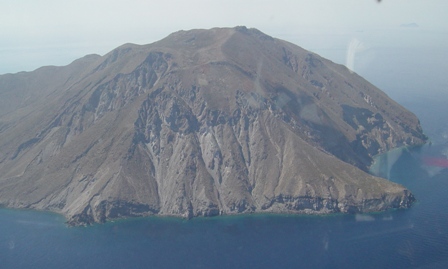 1 Response to Billy is Dying